skip to main | skip to sidebar

Expectations were high for this one, after the absolutely masterful Currents in 2015. And although it didn't deliver the same ridiculously catchy hooks as its predecessor, The Slow Rush was a demonstration of Kevin Parker's growth as a lyricist while retaining his incredible precision in the studio. The album really sinks in after repeated listens, from the meandering melody of "One More Year" to the vulnerable "One More Hour", it's an honest expression of a 34-year-old musical savant who struggles with the same existential questions we all do. And man, does he know how to construct some badass synth lines.

The Strokes - The New Abnormal

What a pleasant surprise when The Strokes dropped this in April - a time when the world was adjusting to its own "new abnormal." After bursting on the scene with their superb debut in 2001, The Strokes had seemed to lose a bit of magic with each subsequent album. And yet somehow, with their sixth record, over 20 years since the band formed, The Strokes delivered the goods again. The songs are catchy as hell, while Julian Casablancas increased confidence in his falsetto allows their melodies to take off in unexpected directions. Comeback of the year, or maybe even the century!

In William Schulz' biography of Elliott Smith, the author repeatedly states that Smith "was incapable of writing a bad song." Phoebe Bridgers is the heir apparent to Elliott Smith, in that she too, seems to have the Midas touch for perfectly crafted melancholic songs. The talented Bridgers turned just 26 this year, and already has two solid albums to her name, not to mention releases from Boy Genius and Better Oblivion Community Center.  On her sophomore solo effort, she covers quite a bit of musical terrain. There's the soaring full-bodied chorus of "Kyoto" confessing at the end "I'm a liar, who lies, cause I'm a liar." And then there's "Savior Complex", a lilting waltz, filled with regret and longing, on top of an absolutely sublime chord progression, shifting between major and minor chords as violins and clarinets slide in an out of the musical tapestry. Can't think of anyone whose next album fills me with more anticipation than Ms Bridgers.

Like The Strokes' album, Fleet Foxes' Shore transported me to another era of my life, when the reverb-soaked harmonies of Robin Pecknold and company rang out beneath the hot sun at the now-defunct Sasquatch Festival in 2008 in rural central Washington. It was my generation's Crosby, Stills and Nash, heralding from my hometown of Seattle no less! Their second record was even better than their debut and this band was on quite a trajectory. But fast-forward several years and the band was on a hiatus with no clear end in sight. Thankfully the hiatus ended with 2017's Crack-Up and now, Shore. Fleet Foxes continue to carry the torch for 21st century folk rock. The songs' jangling guitars, brass fanfares and strident countermelodies provide the tried and true accompaniment for Pecknold's crisp tenor, but the production is more polished than ever, making their fourth long play offering of polyphony wondrous indeed.

Every now and then an album comes along that makes you close your eyes, just wanting to soak in every delicious note from every instrument and voice, without the distractions of sight. British songwriter Lianne La Havas magnificent fusion of R&B, jazz, South American and many more flavors create an absolute feast for the ears. Of all the albums on this list, this is the hardest to write about, as the chemical reaction of La Havas expansive jazzy guitar chords, her rich, soulful melodies, over bass/drums in groovy lockstep, is just impossibly magical and therefore impossible to capture with the written word. The fact that the album represents La Havas own journey through the challenges of an evolving romantic relationship just makes it all the more entrancing.

"Do you think you were put on God's green earth to listen to music?"

...is something my dearly departed grandmother said to my dad when he was kid, frustrated that he was glued to his phonograph rather than doing yard work or some such household chore. I've always loved that quote as I can imagine my teenage father taking in every glorious note of a favorite record, just like I've been doing since I was a similar age. And yes, often to the point of neglecting other tasks. It's in my blood I suppose; the excitement I get from listening to and/or discovering good music is an indescribable high. And to quote master music critic Tom Moon, "The more you love music, the more music you love."

This desire to share the music that I think deserves to be shared is nothing new for me. During college at PLU, I created this very blog as way to publish my thoughts about music, often through album reviews. Around the same time, I spent a year as a music critic for Seattle-based music website SSG Music, while simultaneously hosting a weekly radio show on campus and writing a music column for the school newspaper. To top it all off, my final university capstone was a paper and presentation on two contrasting rock critics: Greil Marcus and Lester Bangs.

Three and a half years removed from college, I'm as obsessed with music as ever (good thing I'm a music teacher now) but I'm still searching for the perfect web avenue to share the music I've been listening to. I've done my "Song of the Week" on Facebook from time to time, but I'm not sure if that's the right place as people don't usually go on Facebook with the intention of discovering new music. And anyone can randomly post a link from YouTube on their Facebook page. I'm looking to be more thoughtful and careful with my sharing. This website has been my place for best-of-the-year lists and such, but it's more about longer pieces than short daily or semi-daily posts that keep up with the faster pace of today's Internet. Can you see where this is going?

Inspired by a recent conference where the presenter coined the corny but clever phrase "meaty tweets", I've decided to take my musical recommendations to Twitter. Facebook is mostly for keeping up with friends, near and far, but Twitter seems best for succinctly sharing the music that I think needs to be heard. I think I have an unusual obsession with searching high and low for good music, so my goal here is to turn all that time and energy into something others can gain from.

So if you're reading this and you're interested in getting tips from this young, but not inexperienced music critic, follow @bentully31! Also, stay tuned for another announcement regarding changes in my Internet presence.
Posted by Ben Tully at 8:23 PM No comments:

I was bored in my university class the other day so I decided to find something more interesting to do. Here's a metered poem that's completely in alphabetical order. 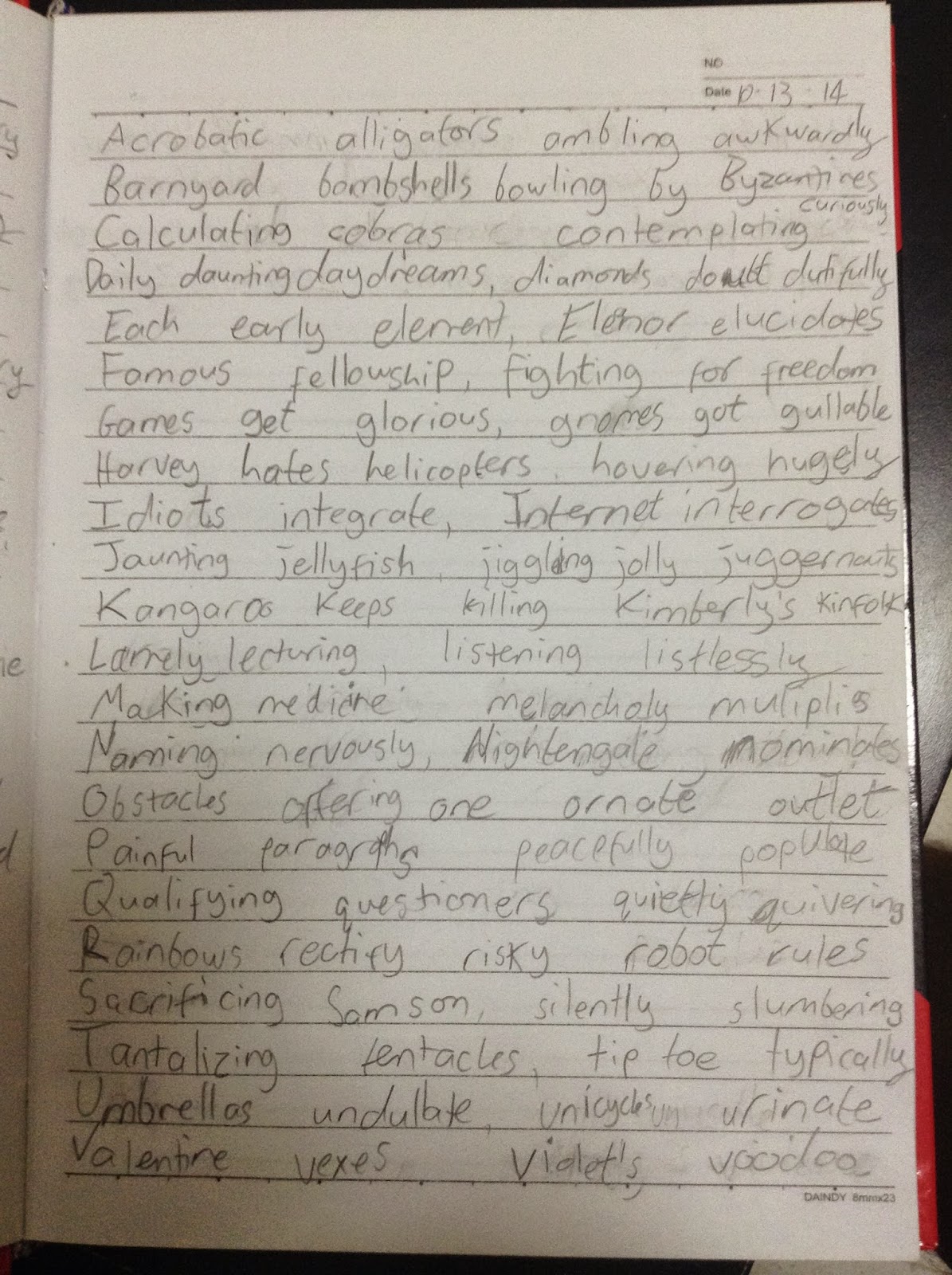 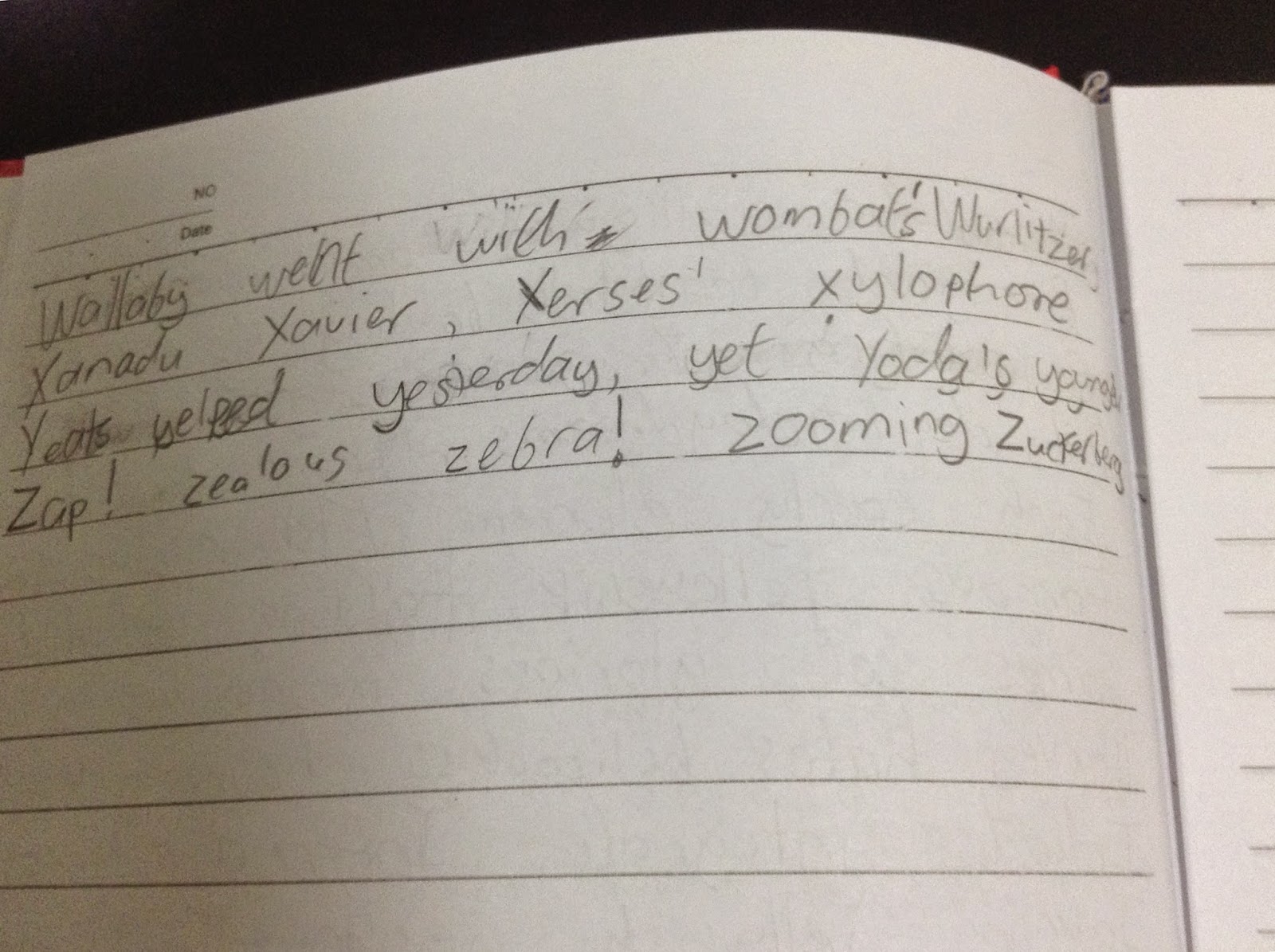 As some of you may know, I'm about a month in to my new job as a music teacher here in HK, for 160 kids, aged four to fifteen. So far, I'm having an absolute blast. One of my favorite aspects is the variety of every day, as would be expected with such a wide age range. For the older kids, we've started using GarageBand in our once a week Music Tech class. My co-teacher Aaron is the expert in all things tech so I've pretty much sat back and become a student for many of these classes, rediscovering the wonders of GarageBand. I still remember when my family got the new iMac in 2005 and playing around with that recording software for the first time. It was magical.

But even after ten years, this is the first song I've made entirely of loops. No original parts in this song, but an original result, just like the kids' assignment. In my three years of teaching, one invaluable thing I've discovered is that the teacher can learn tons when s/he takes the time to do the students' activities. It's one thing to teach through instruction but another to test out and model!

This week's post is a cover of a song I've loved for a long time. I tried my best to do it justice. Radiohead is my favorite band of the last twenty years. No question about it. Thanks for listening :)

My home for the last two months has been on Shun Yung Street, in the Hung Hom area of Hong Kong. The street itself appears about as ordinary as streets get, but that's part of why I decided to do make this photo essay. Shun Yung (信用) means trustworthy or promise-keeping in Chinese and there is something quite straightforward about the street. It takes two minutes to walk from one end to the other and is home to exactly six residential buildings, including Lederle Garden where I live. But in the tradition of Andy Warhol or Pablo Neruda, I am here to present beauty in the mundane. Inspiration for the title comes from Katsushika Hokusai. 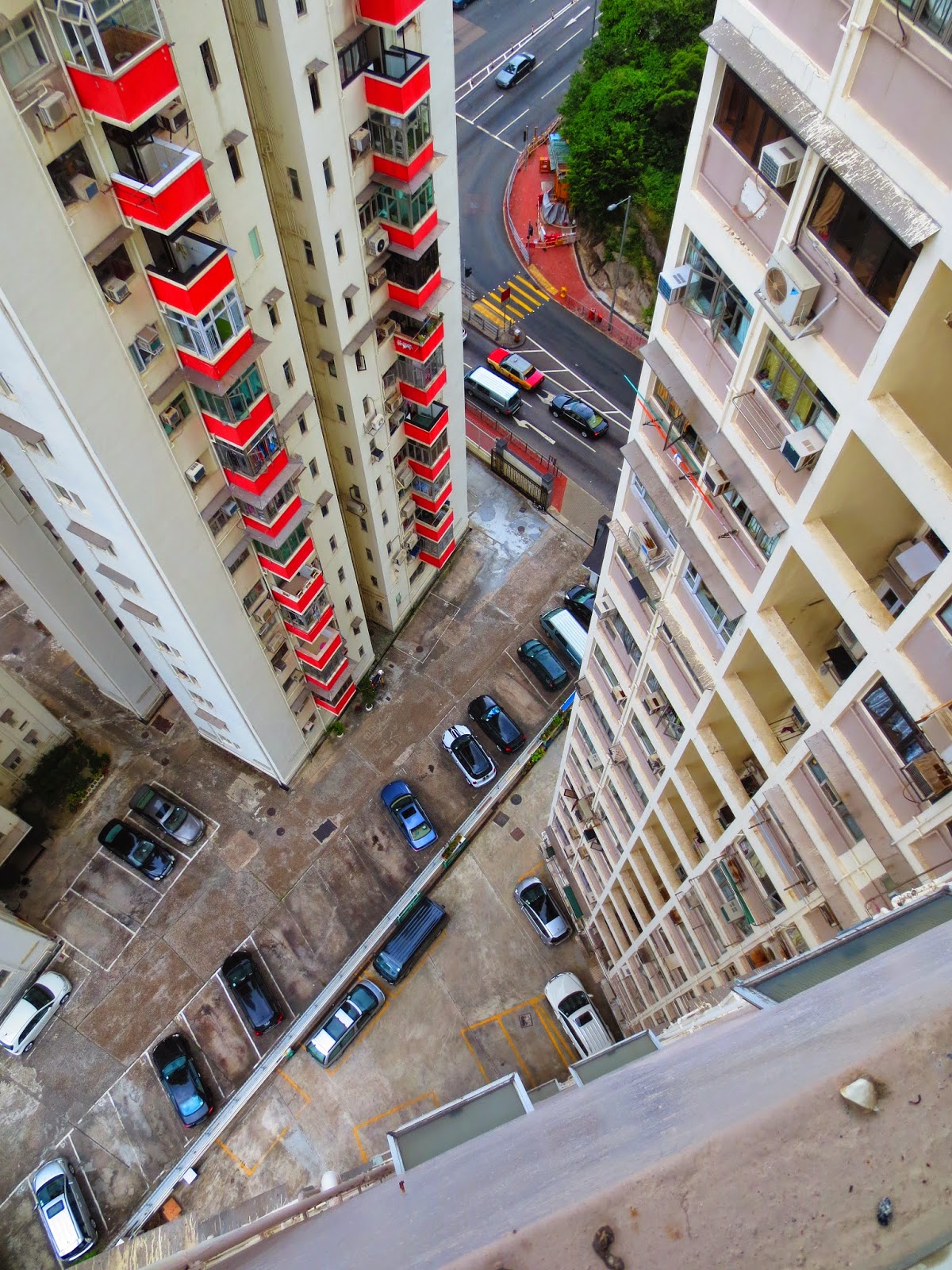 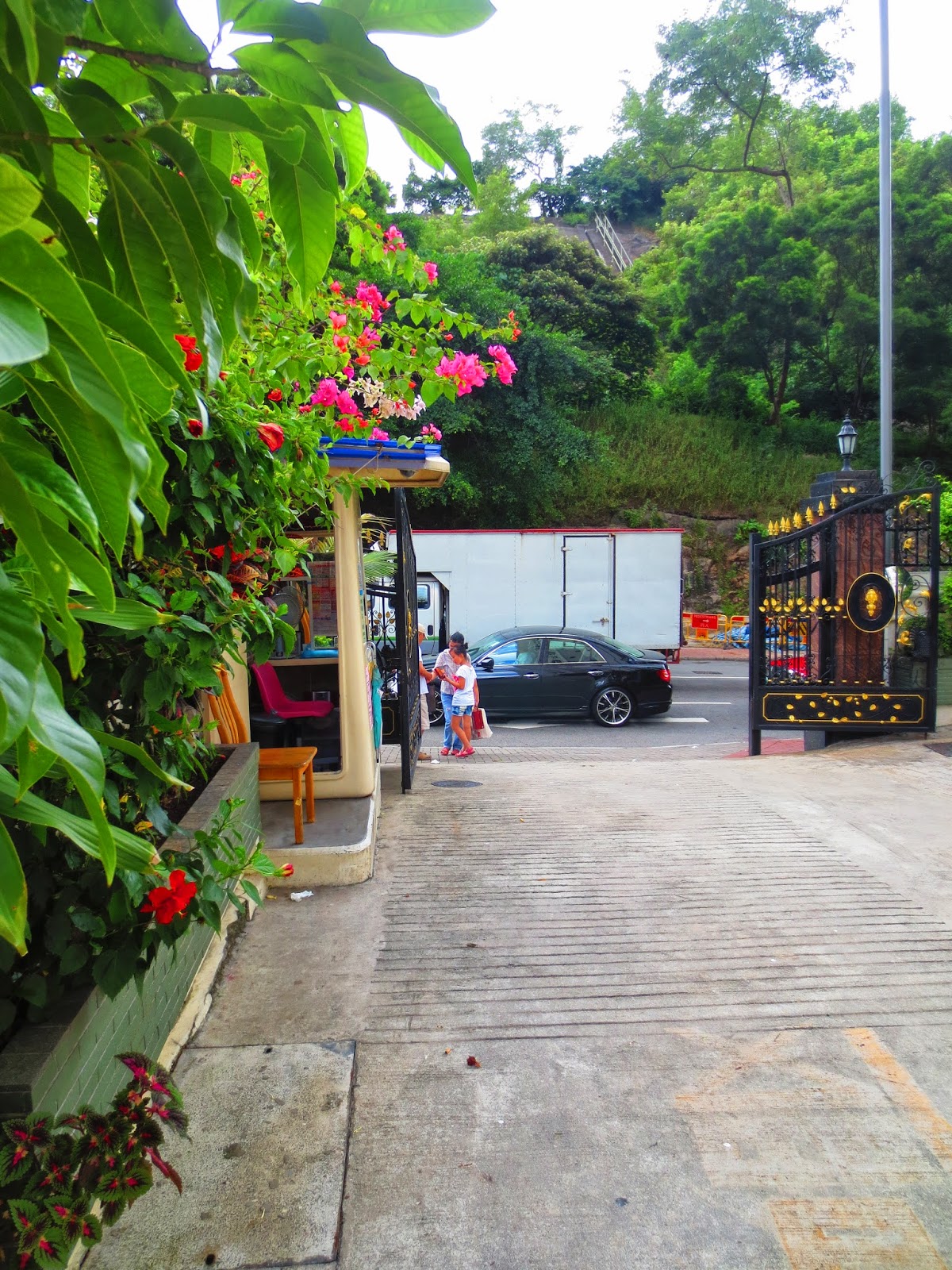 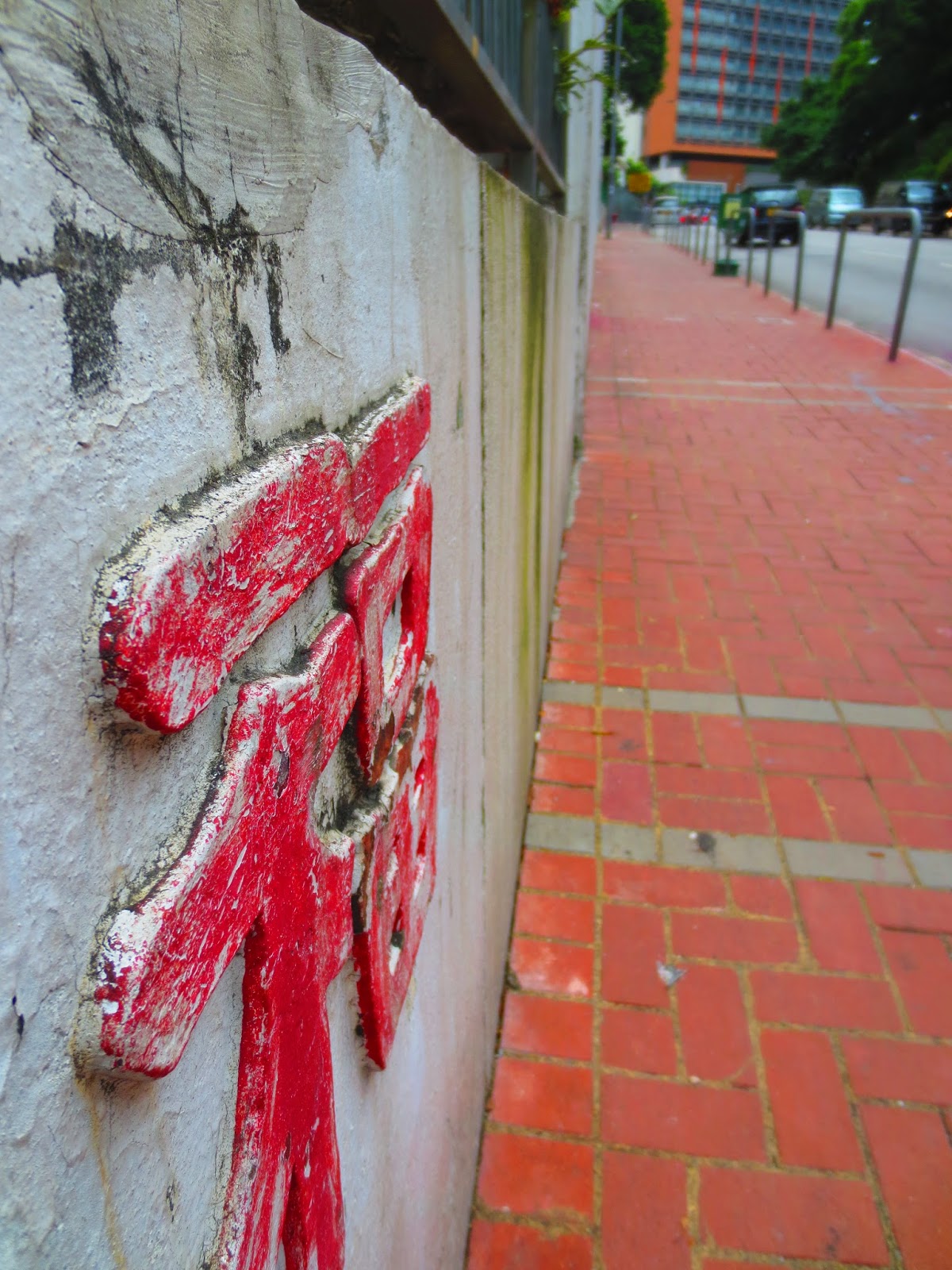 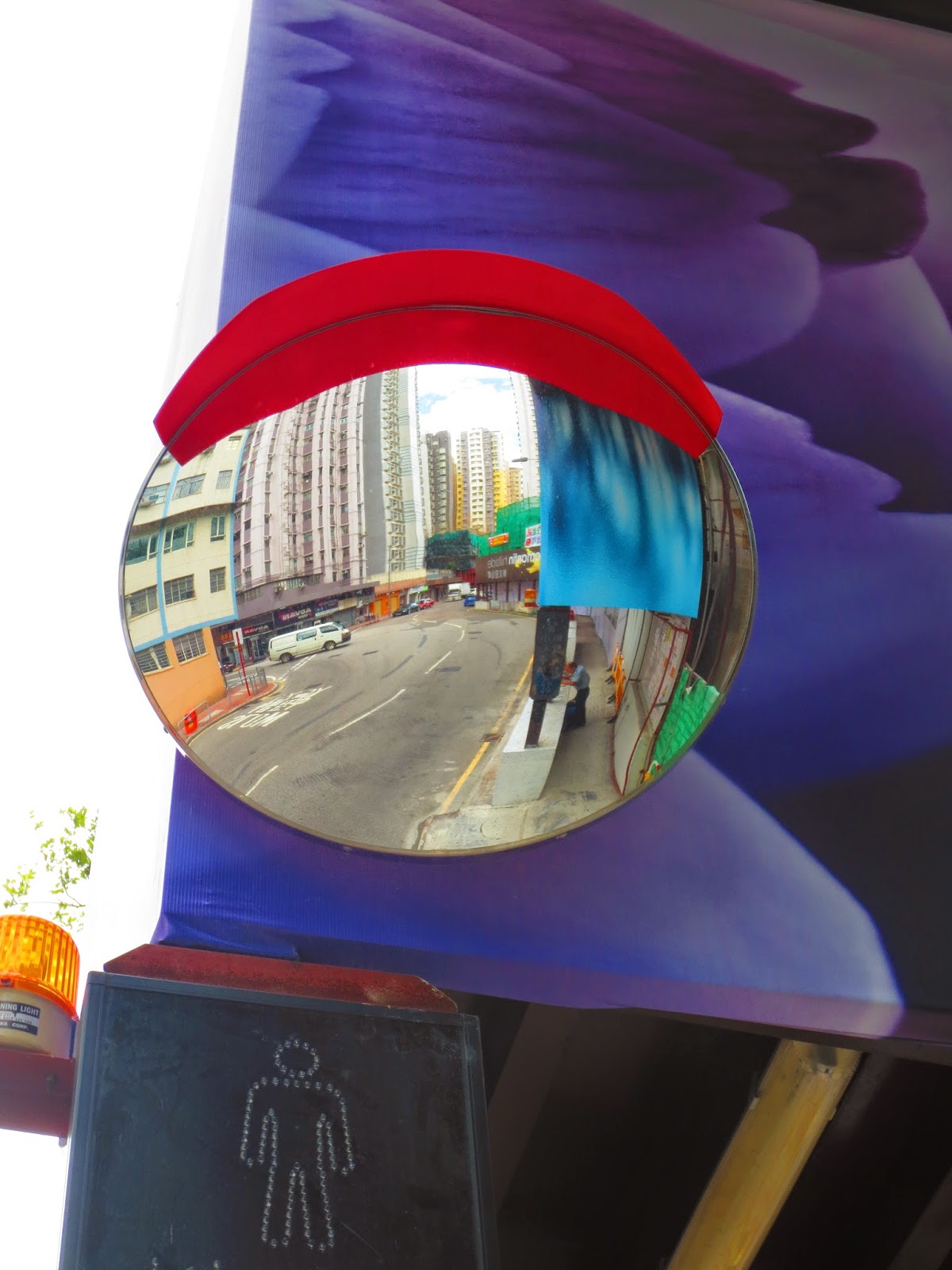 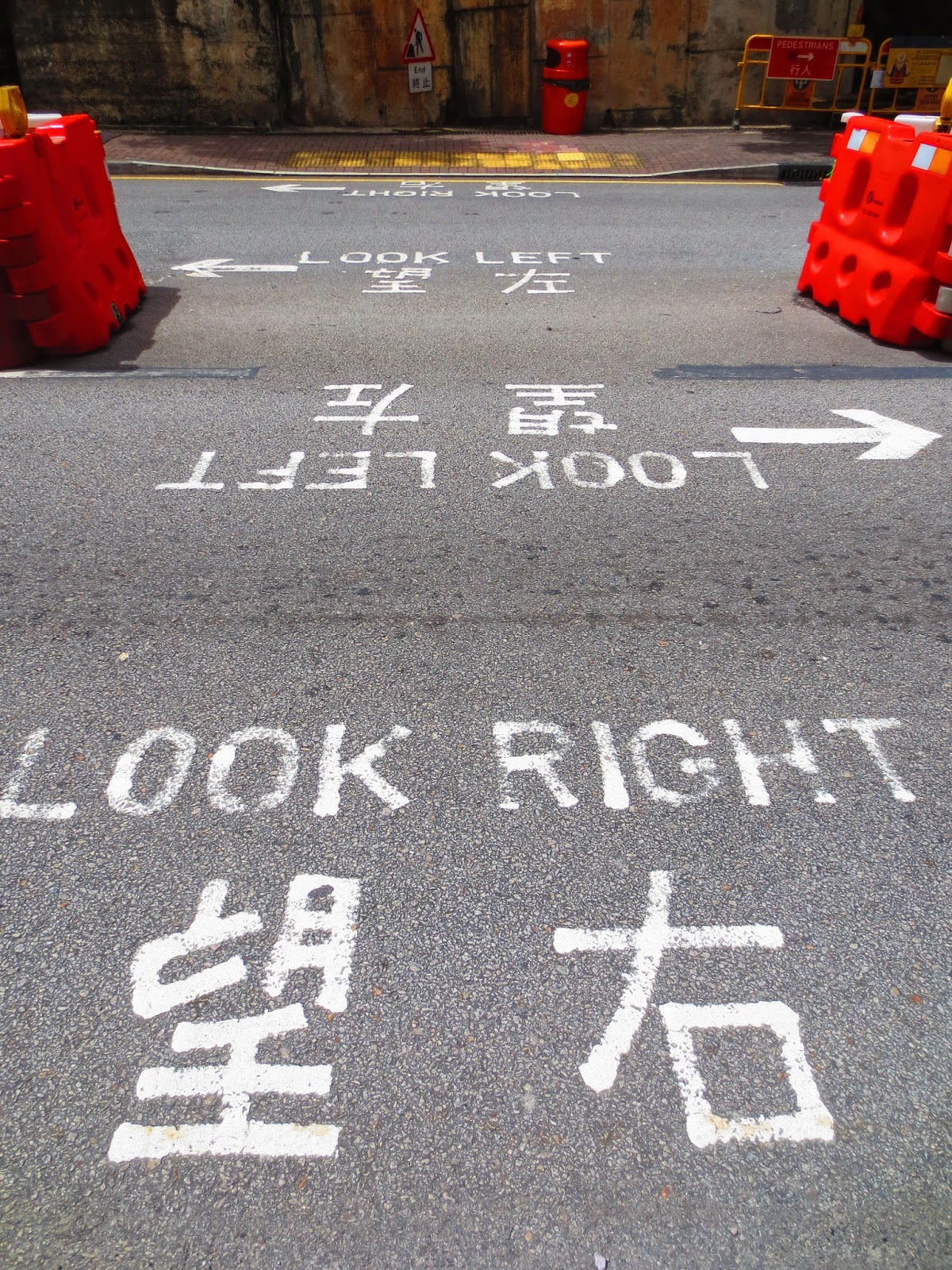 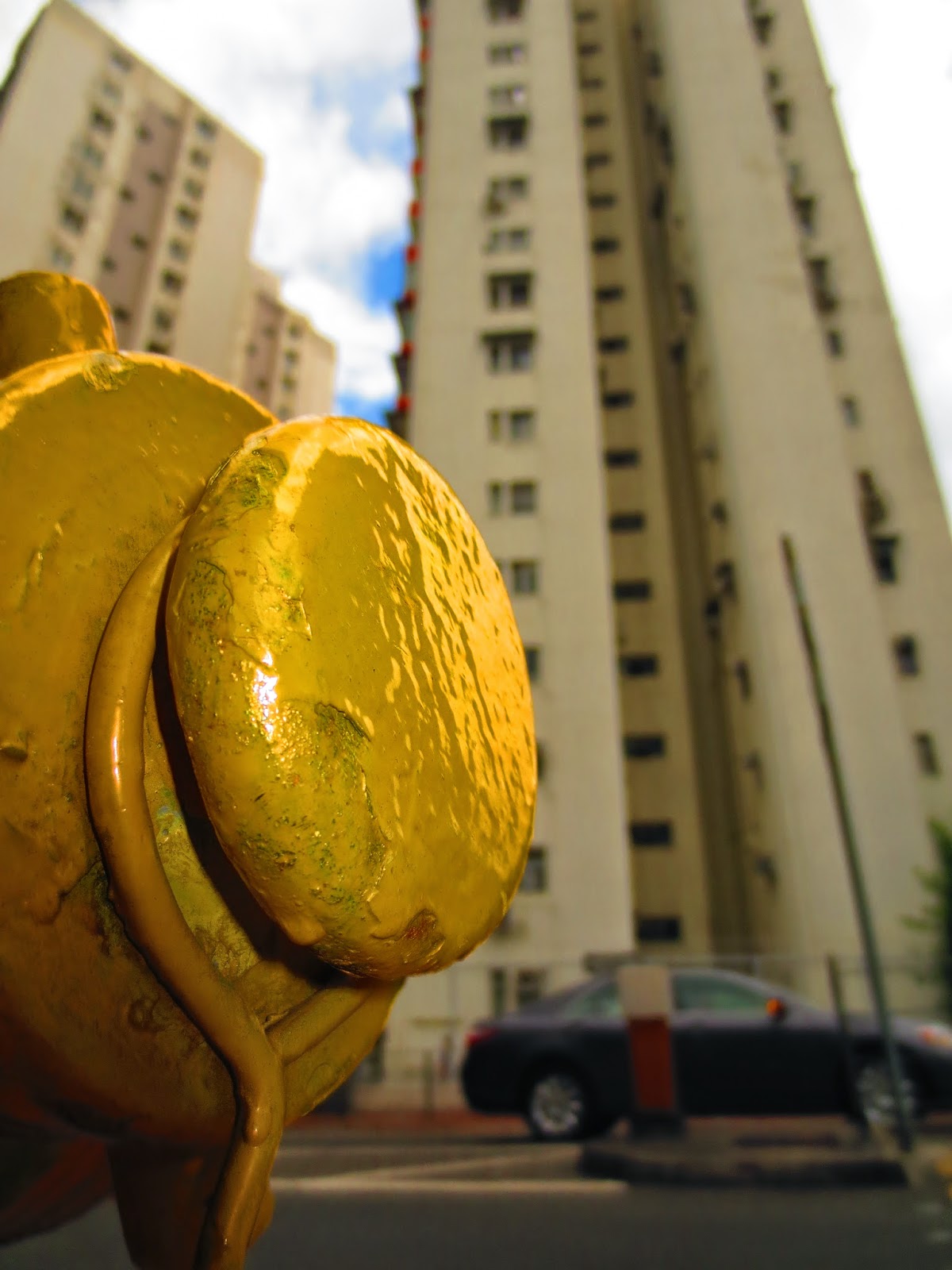 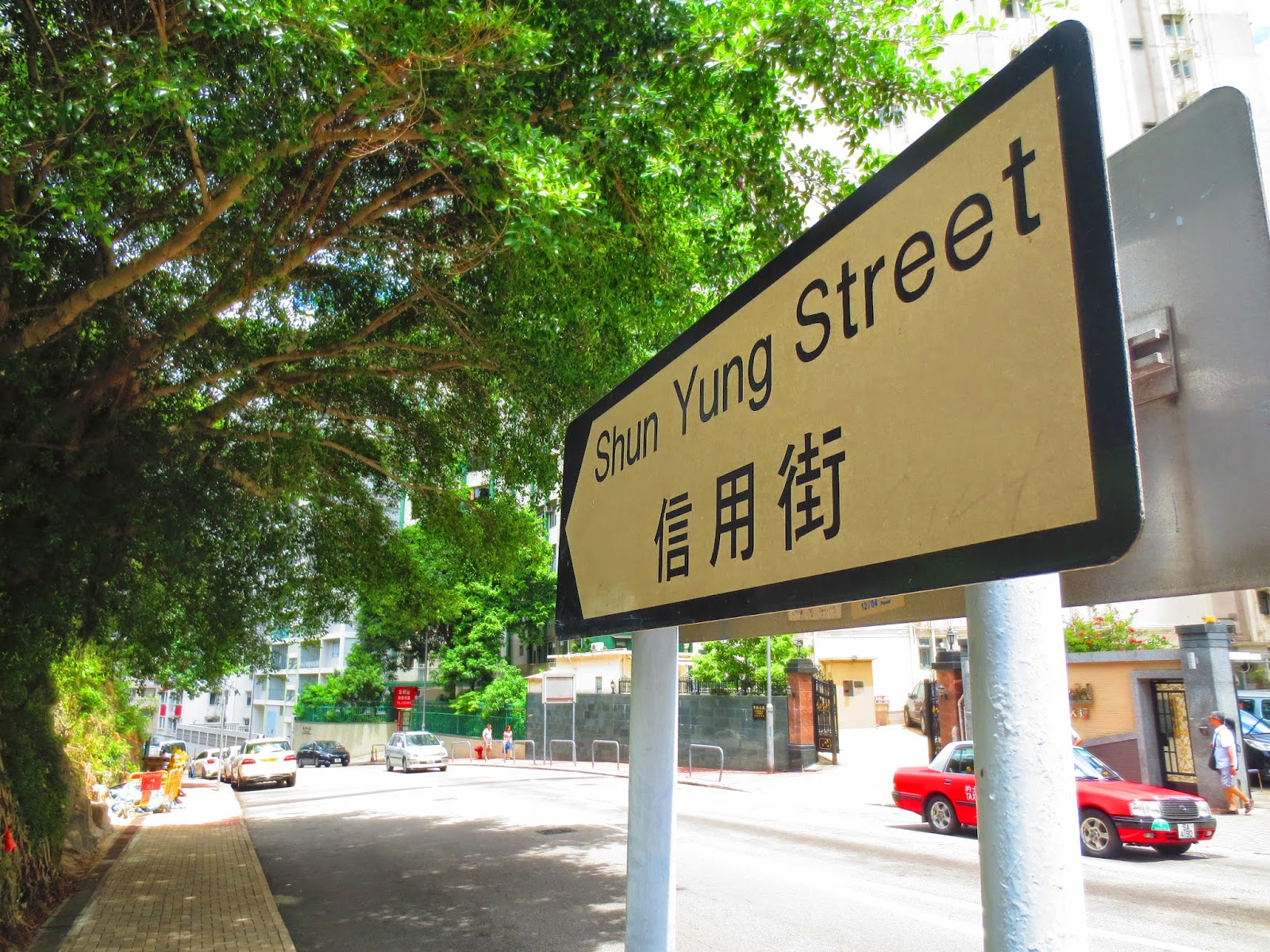 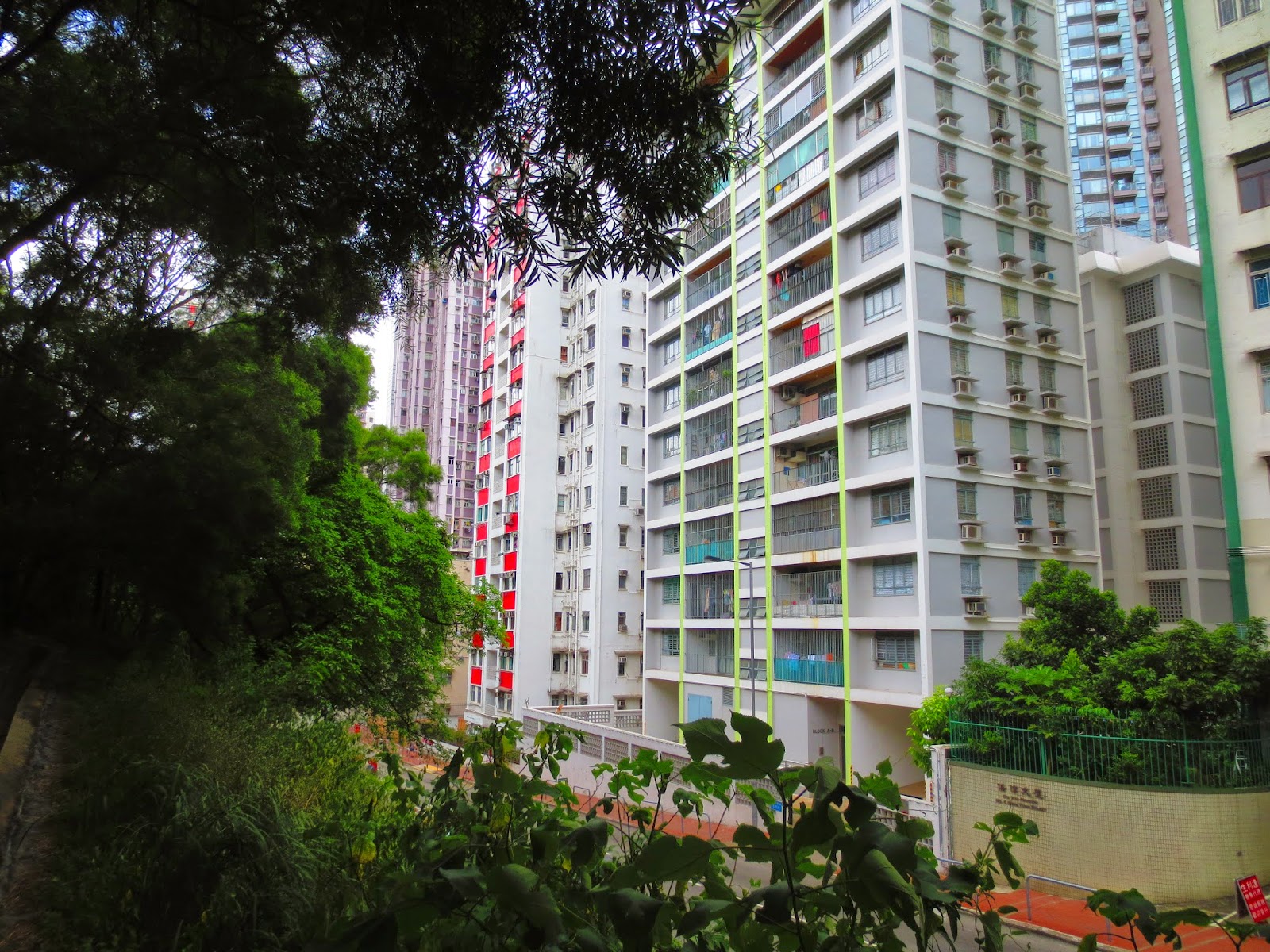 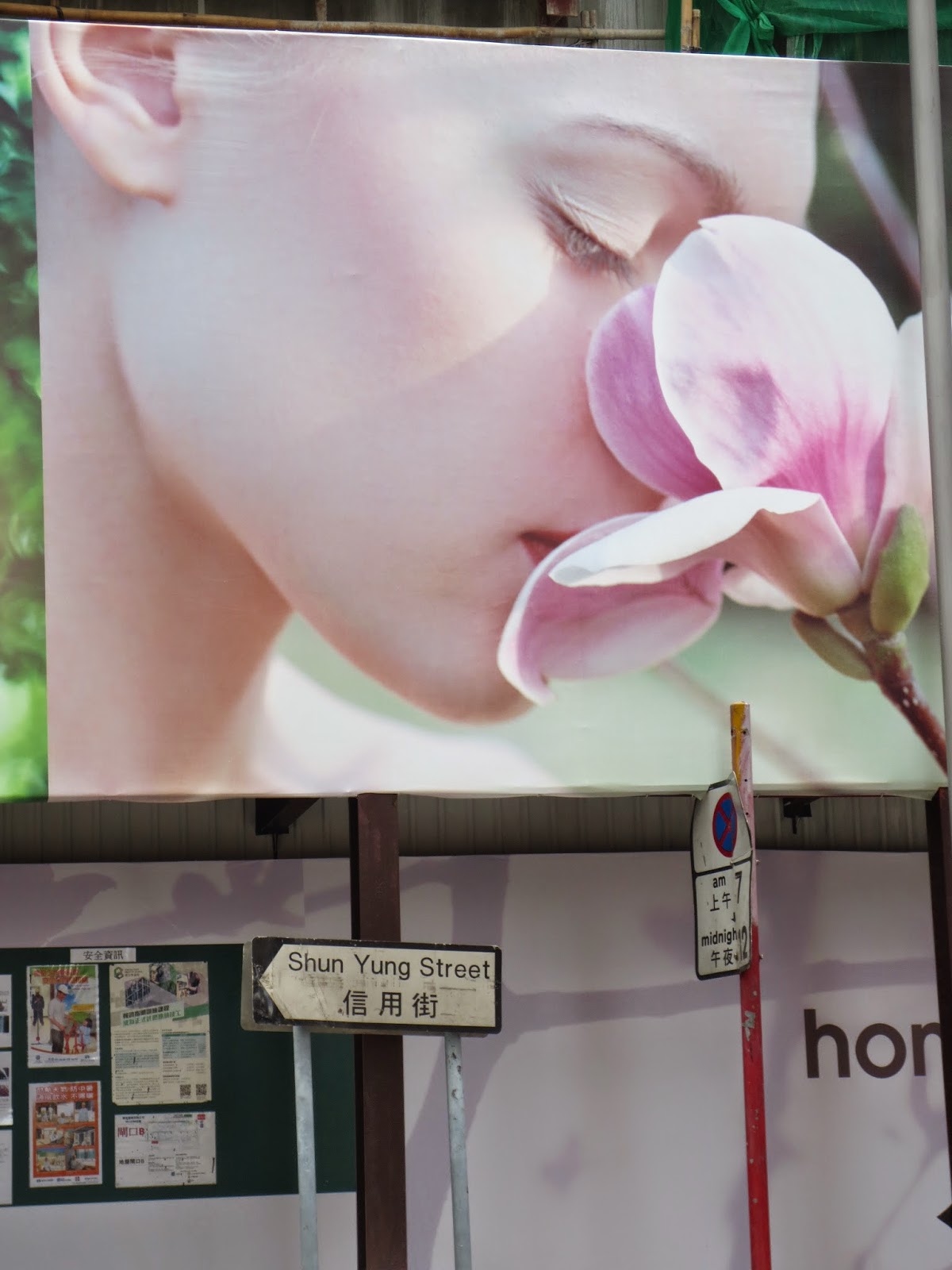 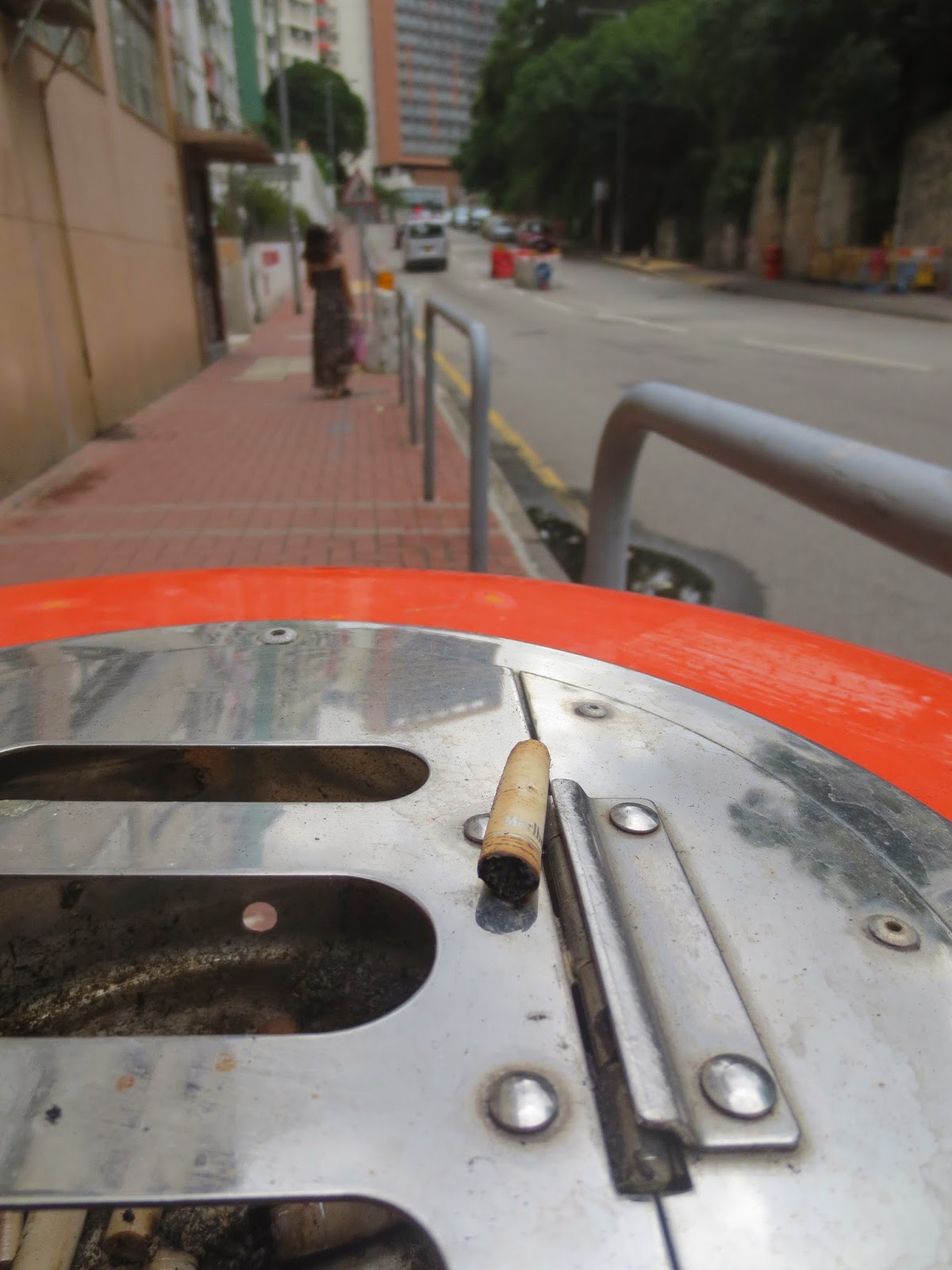 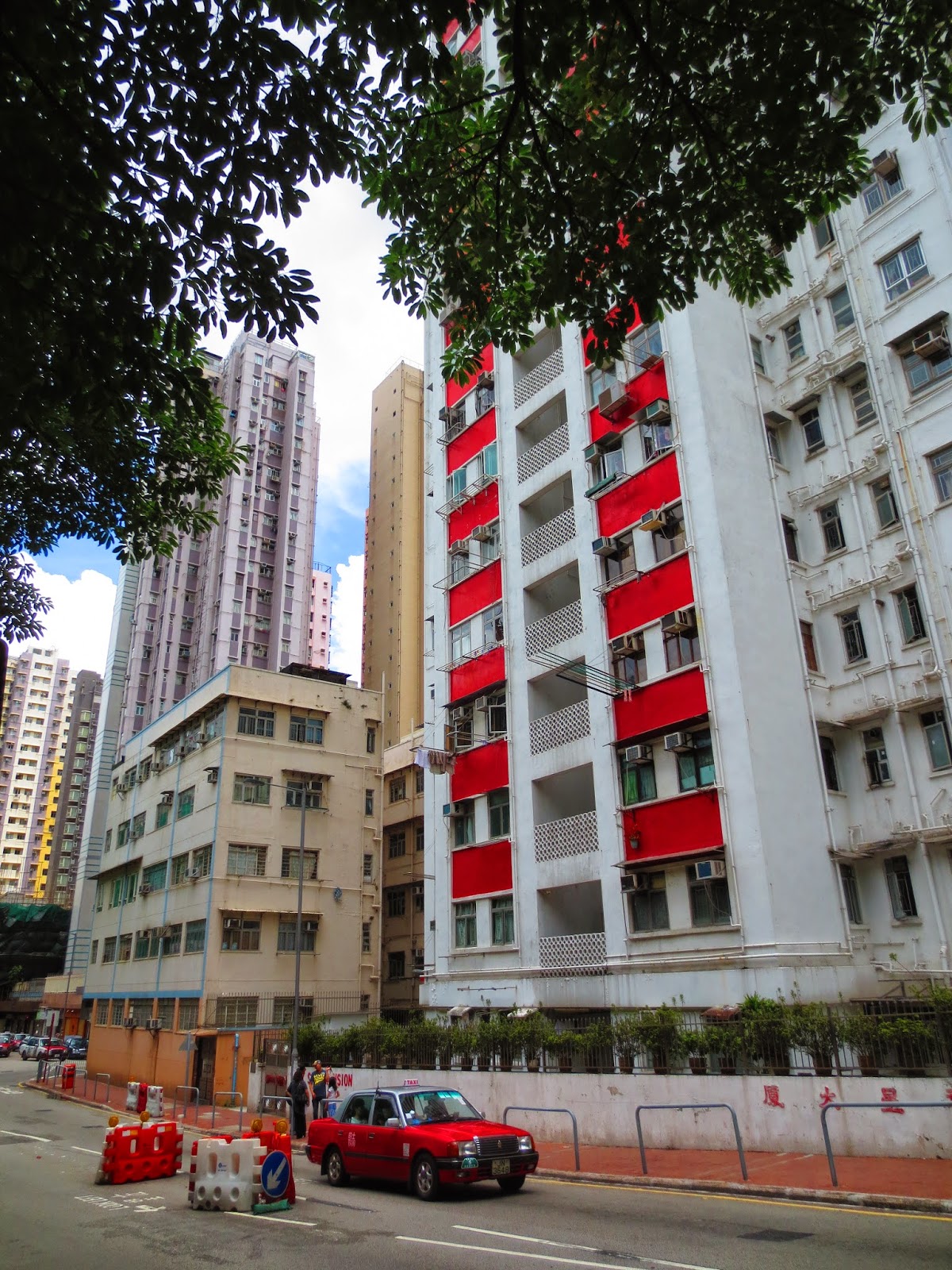 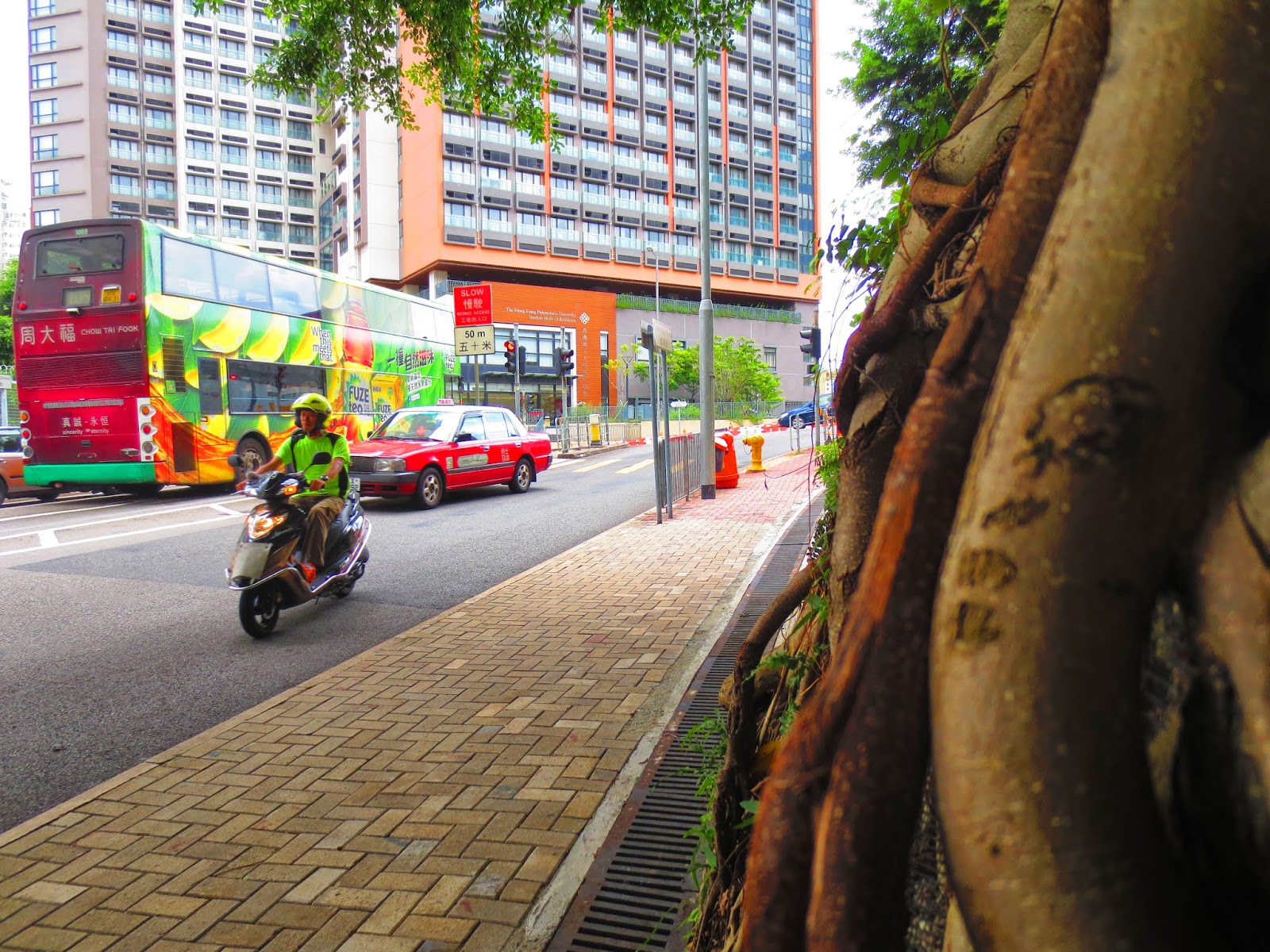 This week's post is a photo taken today from my home. Just an elevator ride away from my flat, but getting it involved a fair amount of struggle. I went to the top of my building just to see the view, ignored a sign written in Chinese at the door to the rooftop, set off an extraordinarily loud alarm, ran back down to my flat on a much lower floor, went back up once the coast appeared clear, and got this photo from the SECOND highest floor. I hope there was no CCTV as I'm possibly the only foreigner in the building. It's not a crime to be illiterate, right?

Ben Tully
Hung Hom, Kowloon, Hong Kong
Thanks for coming to my blog! My name is Ben and I've been working as a teacher in Hong Kong since July 2011. I'm a graduate of Pacific Lutheran University in Tacoma, Washington, USA and thoroughly enjoy sharing my expat experiences and artistic interests with anyone who's curious. Thanks for coming to the site!